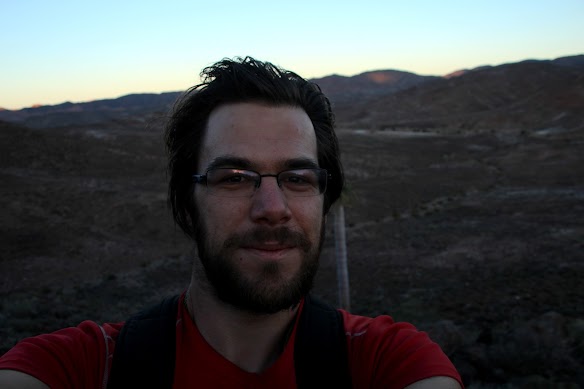 I came to South Africa to study how the ecological interactions between plants and pollinators affect their evolution. My research questions are not tightly linked to specific species, but they aim at assessing the generality of certain eco-evolutionary patterns. To this goal, I am focusing on a heterogeneous group of plants distributed all across South Africa, characterized by long-tubed flowers that are visited by insects with adequately long tongues and proboscis. Luckily for me, South Africa is so large that the main flowering season does not start at the same time across the country. In July-September, during the Austral winter, the rains hit the Cape region, bringing spectacular flowering events even in semi-desertic areas. Later in the year, during the Austral spring and summer, the Cape region turns dry while the rain season occurs in the West. The trick is thus to synchronize my fieldwork with the wet season, “migrating” as the main flowering season moves from West to East. 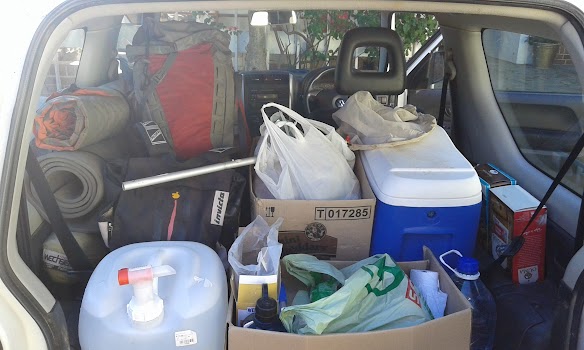 In July, after two months in the country, the wet season was approaching in the Cape region: it was time to leave the office for the field, to see if my tidy, bookish theories would survive the test of nature.
I drove the 1700 km from Pietermaritzburg (where I live, near Durban) to Cape Town and I met with Florent, a PhD student at the University of Stellenbosch who works on topics complementary to mine. Florent is passionate about botany since he was a kid, and he has grown an infatuation for the flora of Namaqualand, a semi-desertic area that stretches along the West coast from about 200 km North of Cape Town all the way to the Namibian border. Now, at 24, he has logged seven trips in the area and is a veteran. I, on the other hand, am a novice, so in July I joined him for two weeks to familiarize with the environment and basic practices of pollination fieldwork. 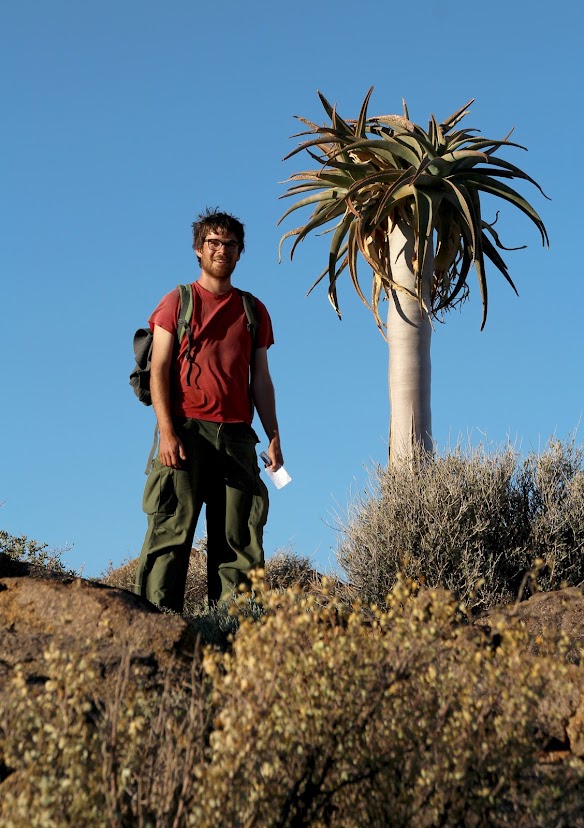 Florent with an Aloidendron

We were a few weeks ahead of the main flowering, so I thought it would have been a good time for learning the ropes before fieldwork got hectic. But I was not considering Florent’s blitzkrieg-style of work. Every day we would wake up before dawn, choose a couple of berge and koppe (Afrikaans for mountains and hills) to search for early-flowering populations, and go for the hunt. We would drive on bumpy dirt roads until we could, then we would run up and down, measuring flowers and catching pollinators on the way. When I say “we would run up” I really mean that Florent would dash up the steep terrain with apparent ease, somehow dodging wobbly stones and spiny bushes, while I would clamber and scramble behind, trying my best to keep up. 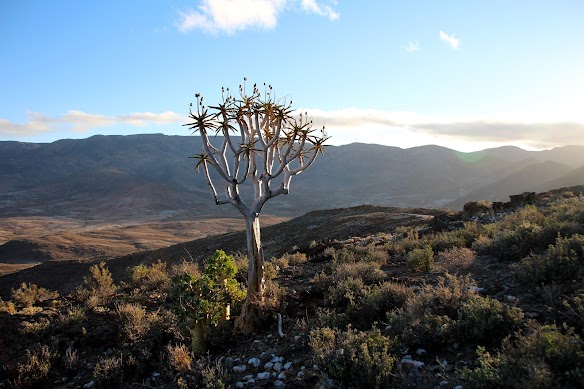 The sun sets just after 18:00 in mid July, and soon after then, after a dinner cooked on the campfire, we would be in the sleeping bags under the stars. The drawback of this was that by five in the morning we would be up and about, but the sun would not show up for another two hours. In spite of the days in Namaqualand being often very hot, nights can be literally freezing, as waking up with a layer of frost on our sleeping bags was a common occurrence. So, waking up at five would leave us two hours to freeze our butts off, until the sun would rise and a new day of fieldwork would start.
All this, coupled with very limited access to water (we were relying on a 25 l water tank each), lead us to spectacular levels of scruffiness in no time. I would still attempt at taking an occasional 1.5 l make-believe shower, while Florent, who knows better, would just be amused at his state and document the increasing level of dirt on his feet with daily photographs. 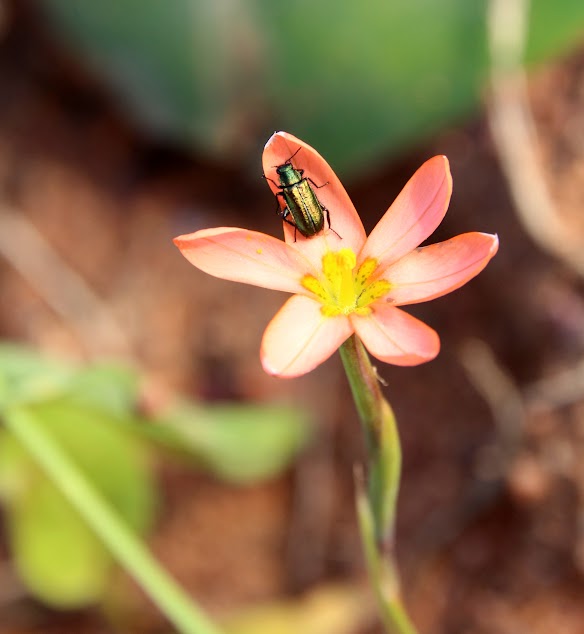 By the end of the two weeks, Florent had notebooks full of flower measurements and boxes full of pinned pollinators. On my side I gained a feel for the geography of the area, the general logistics of the fieldwork as well as a grasp of the flora. It was time to drive back South to resupply and go back to our respective field sites: Florent would go back North, to Namaqualand, while I would head to the Karoo, to find out more about a little plant by the name Lapeirousia pyramidalis. 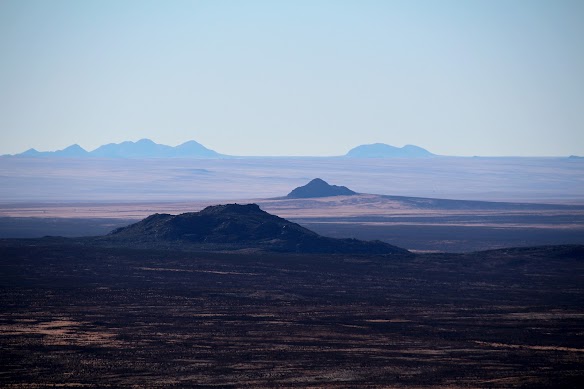